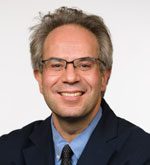 Andrew Shankman is a historian of early modern England, colonial North America, and the American Revolution and Early American Republic.  He is the author of Original Intents: Hamilton, Jefferson, Madison, and the American Founding and Crucible of American Democracy: The Struggle to Fuse Egalitarianism and Capitalism in Jeffersonian Pennsylvania, and the editor of Rethinking America: From Empire to Republic, Anglicizing America: Empire, Revolution, Republic, and The World of the Revolutionary American Republic: Land, Labor, and the Conflict for a Continent as well as over 20 essays on early North American and early United States history.
Professor Shankman is the editor of the Journal of the Early Republic and teaches undergraduate and graduate courses on seventeenth, eighteenth, and nineteenth century Britain, the British Empire, and colonial North America and the United States.